Our birthday hack 🥳 🎂 🍾 🎁. What started as a lockdown-inspired event, we just kept showing up, and have been having fun every month (with a short break in December) for a full year now! Thank you so much to everyone who’s come along and made it the awesome time it was 🙌 (and we hope you get good internet soon Mike). 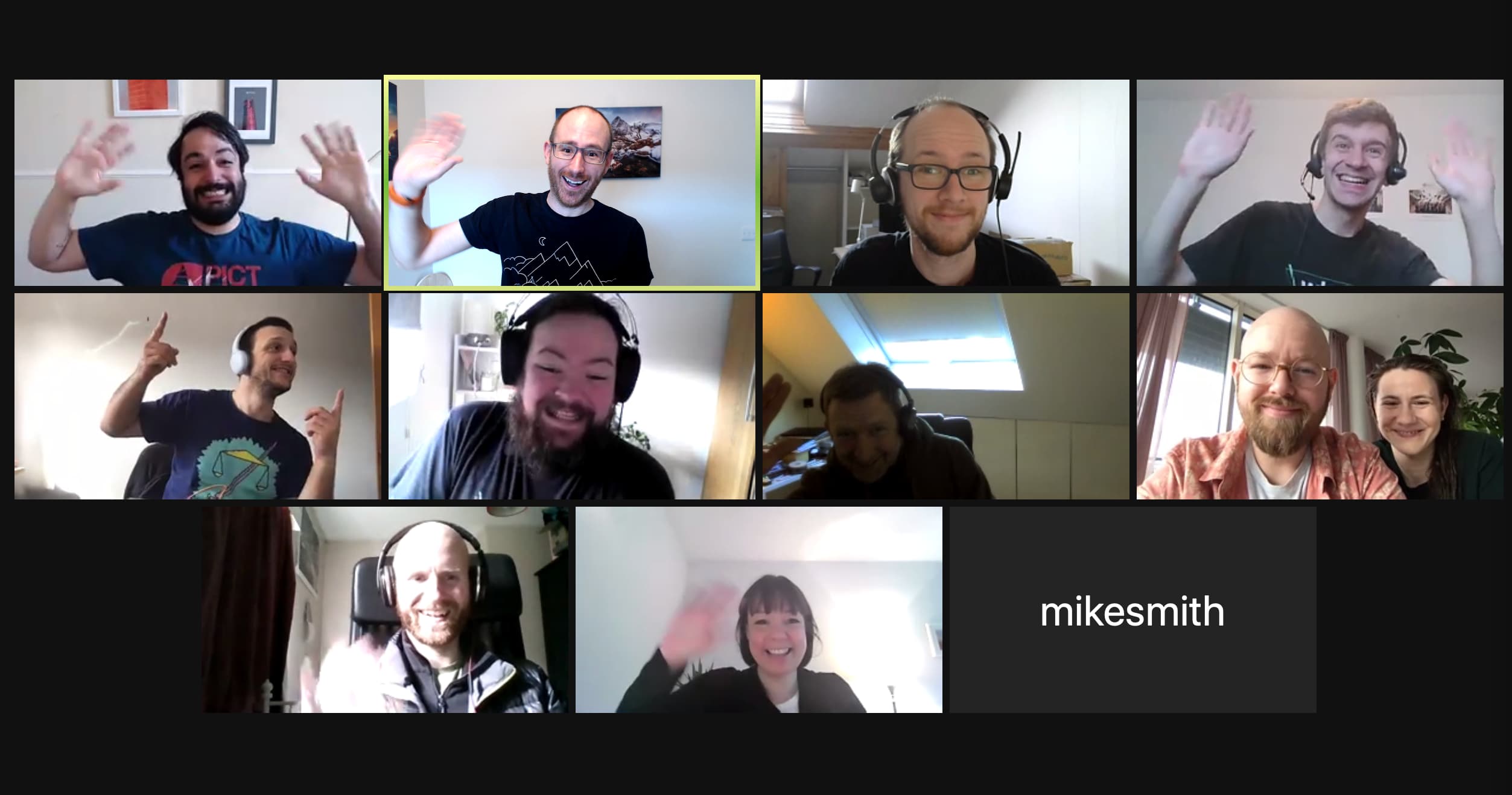